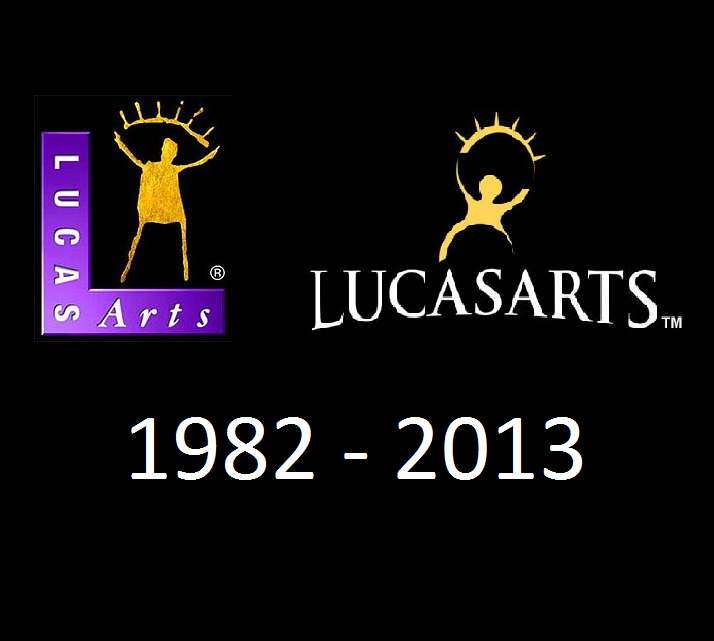 There have been many great games throughout history that have been developed by some of the greatest gaming companies in the world, and it’s a tragedy to see such talent be thrown away and destroyed by poor business decisions. Whether it’d be because they were bought out by a larger company, or because they wanted to make single player experience in their game, many gaming companies met their unfortunate end in some of the absolute worst ways. Today, we’ll be looking at the Top 5 Gaming Companies put out of Business.

This publishing company was one of the founding fathers of the original Star Wars video games. They gave us such gems as the original Battlefront series. They published the BioWare masterpiece that was Star Wars Knights of the Old Republic. They published the famous RTS Star Wars Galactic Battlegrounds game, and even the epic hack n’ slash called Star Wars The Force Unleashed. However, it wasn’t just Star Wars games they published. They also had the Monkey Island games under their name, and many more. They were up there with the greats … until they were bought out by Disney in 2013.

It is an absolute shame what happened to them when Disney bought them out and shut down their company. Complete waste of talent if you ask me. The company even had two games that were on their way out. Star Wars 1313 and Star Wars Battlefront 3. Two games with teaser trailers at the time that everyone was excited. Both cancelled when Disney bought them. A sad and tragic end to such a great development team.

While a small development team, they were behind many great games from back in the day until being bought out by Activision and defunct in 2005. Their most popular project had been their expansion pack to the popular game at the time, Call of Duty. Which was praised by many for being one of the best first-person shooters of the time. However, many people wanted more from it. So Infinity Ward & Gray Matter came together and gave the fans more with Call of Duty United Offensive. This was the first Call of Duty game that had implemented vehicles and large maps in the multiplayer, and it had been done masterfully. This was one of Gray Matter’s best collaborative projects, but it wasn’t their only one.

The company was also the masterminds behind another expansion to Quake 2 where they worked alongside id Software. This had also lead to the company working on another game with id called Return to Castle Wolfenstein. These partnerships along with other personal products are what soon lead to the eventual purchase of the company by Activision. A move the effectively shut the company down. This was company with a lot of potential that sadly never saw the light of day.

This is not the first company Electronic Arts has killed, and it certainly won’t be the last. Pandemic Studios was independent development team that is most famous for their work on Star Wars Battlefront 1-2 and Destroy All Humans! 1-2. The company worked with many producers over the years, including the famous Lucasarts with the development of the original Battlefront series. Most popular being Battlefront 2 (2005) with over 500,000 copies sold and receiving the “Platinum” Reward on PlayStation 2 for selling over 300,000 copies. It was a major success.

During that time, Pandemic soon joined up with BioWare, with private equity fund Elevation Partners investing in the partnership. Soon after, the owners of BioWare and Pandemic announced that they would be purchased by EA effective January 2008, but this didn’t last long. Literally the following year, EA had cut nearly 1,500 jobs. A move the resulted in the complete shut down of Pandemic and 228 employees laid off. A sad and painful end to what could’ve been a great gaming company.

Thankfully though, this story does have a fairly good ending. After Pandemic was officially defunct, many of the employees went on to bigger and better things. Some had joined 343 Industries and had worked with them on titles such as Halo: Combat Evolved Anniversary and Halo 4. Others went on to work for companies such as Infinity Ward, Treyarch, and even Respawn Entertainment.

Another company killed off by EA. Phenomic was game development company that centered themselves around creating real-time strategy games. These different games ranged from the Spellforce Series to BattleForge to Lord of Ultima and even Command & Conquer. These games had been major successes to the company and they gained popularity because of it. However, in 2013 their parent company (Electronic Arts) shut them down as way “restructuring”, according to EA. A move that successfully laid of all 60 employees of the small company.

This was a real kick in the stomach to gamers when EA broke the news. Visceral Games, a great gaming company that developed games such as the Dead Space series, Dante, and Battlefield: Hardline, has unfortunately met their tragic end when EA swiftly shut down the company after they were unable to meet EA’s standards with their new upcoming Star Wars game idea. Supposedly, the game would’ve been a single player game with a story canon to the official Star Wars series. However, Electronic Arts felt that it wouldn’t sell enough. Thinking that there would be no reason for gamers to go back and play it. Also, it was very obvious that EA wanted micro-transactions in the game, and I’m almost positive, Visceral wanted none of that.

Thus marks the end of one of the greats. While EA has received severe backlash for their recent decision, it’s rather clear that could care less about how we feel. This is the end, and I’m really afraid for other companies who remain under the threatening control of EA. BioWare … tread lightly.